Showing posts with the label Bad News
Show All 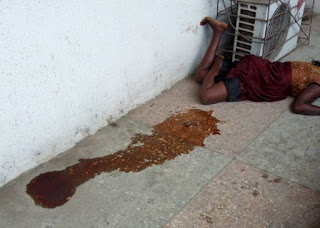 A pregnant woman who went in to labour allegedly gave birth to a lizard in Port Harcourt.Facebook user, Meshach Jaja who posted the photos,wrote
Post a Comment
Read More »

Singer Tekno Very Sick, Flown To Us For Treatment 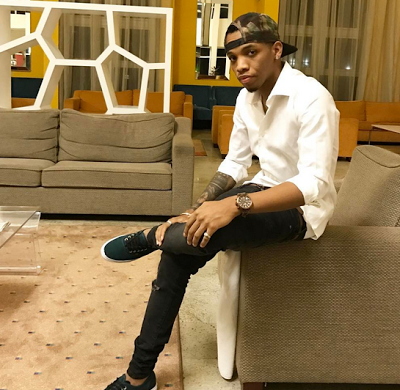 Pana crooner, Tekno, revealed this in a post shared via Instagam minutes ago. Acid reflux is a condition characterized by a burning pain, known as heartburn, felt internally around the lower chest area.  Tekno is now on his way to the U.S for proper medical treatment and is kindly requesting that his fans say a little prayer for him. See the post bellow:
Post a Comment
Read More »

Bad News: 18 Years of Marriage Without a Child , Woman Dies After Giving Birth to Her First Child 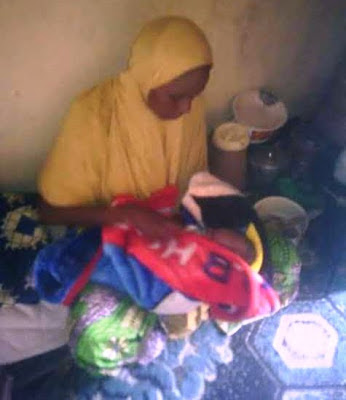 According to Bulama Muhammad Bukar, who is based in Maiduguri, the woman welcomed her first child on December 23, 2016, after 18 years of marriage. She passed away yesterday, April 13th, four months after the birth of her daughter. She was buried this morning at 8am. See Another Photo Bellow ......
Post a Comment
Read More »

LOVE STORY: 11 Year old Michigan boy, hangs himself after he thinks his girlfriend had committed suicide 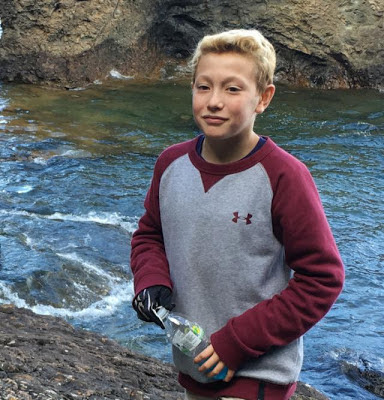 An 11 year old boy, Tysen Benz, was at home when he saw social media posts indicating that his 13-year-old girlfriend had committed suicide. The posts were a prank, but the 11-year-old boy apparently believed them and thought his girlfriend had really died. Using a cellphone he had bought without his mother's knowledge, Tysen on March 14, read texts and other messages about the fake suicide of his and decided he would end his life too, his mother Katrina Goss said.
Post a Comment
Read More »

HORROR: A Cat Allegedly Turns Into An Old Woman Today In Lagos State 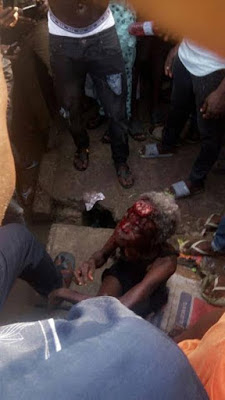 A cat allegedly turned into the elderly woman pictured above.    According to residents of the area, a young boy stoned the cat that turned into the aged woman. She was taken to the police station after the youths in the area had attacked her, inflicting serious injuries on her. More photos below...
Post a Comment
Read More » 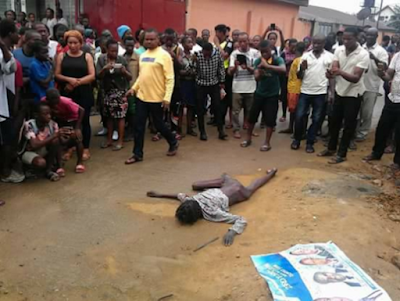 A flying bird alleged transformed into an old woman today  in Port Harcourt. According to the information reaching Naijainfoshare , the incident happened along Agip Junction. The bird allegedly was flying when it got electrocuted and fell.
Post a Comment
Read More » 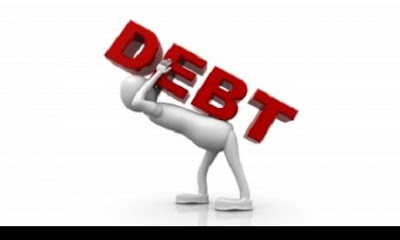 Nigerian total national debt rose to N17.36 trillion ($56 billion) as of Dec. 2016 from N12.60 trillion a year earlier, the Debt Management Office said, as the country battled with its first recession in a quarter of century caused by low oil prices.
Post a Comment
Read More »

A 30 year old man identified as Prince Ovivare, has been accused of raping his neighbor's 4 year old son at their home in Aguda area of Lagos state last Wednesday June 29th. The mother of the victim who spoke to Vanguard, said her son returned from school and went to play with Uncle Prince. When she called him to come home, her son told her the suspect whom he refers to as Brother Prince, had kissed him and put his "wee wee inside his bum bum".
Post a Comment
Read More »

Police arrest man claiming to be Jesus Christ in Uganda

Emmanuel Solomon Ssemakula A man who claims he is Jesus Christ, Emmanuel Solomon Ssemakula, has been arrested by the Police in Uganda. The self-proclaimed ‘price of peace’ is said to be sabotaging government programmes as he instructs his followers to avoid medications and cooked food when ill. All they are to do is to pray to him to be healed. He has conned several people using the name of Jesus.
Post a Comment
Read More »
More posts