Showing posts with the label Hushpuppi
Show All

Hushpuppi rants about bloggers not showing the world that he helped someone, shades KCee and Eniola Badmus 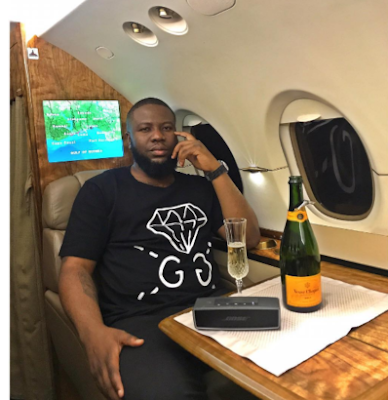 Nigerian big boy, Ray Hushpuppi is not happy with the Nigerian media for not writing about how he helped  one of his followers with who needed funds for medical attention after an attack by robbers. According to him, ‘black people mostly Nigerians are quick to bring their own down rather than praise, build or support each other’. Read what he posted below… "Over 24 hours ago, I was having fun on my Snapchat with few friends to raise money for me to blow for the weekend. In less than an hour I was sent over 2million naira which was much more than what I was seeking to have fun for that moment so I decided to give some of it out, I sent a couple of people I know some of it and I remembered a boy with a severe pain because by an armed robbery attack, so I decided to donate to him to get good medical attention, I also thought I would use my platform to get him a lot of donors which I posted his case on my page and he has then received massive turn out from my friends and fol
Post a Comment
Read More »
More posts