Showing posts with the label IDP Camp
Show All 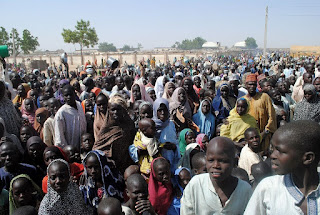 Its has been reported that 3,800 new cases of HIV infections have been recorded in Internally Displaced Persons (IDPs) camps in the state between January to March 2017. Malam Barkindo Saidu, the Executive Secretary, Borno Agency for the Control of HIV/AIDS (BOSACA) who disclosed this in Maiduguri on Wednesday , said that the new cases were recorded after voluntary screening in 15 IDPs camps in the state.
Post a Comment
Read More »
More posts