Showing posts with the label International Affairs
Show All

The UK has launched Super Priority Visa Service in Nigeria to allow customers to process their applications within 24 hours.' The British High Commission, on its website, said the new service was to particularly meet the needs of those who required urgent service to travel.
Post a Comment
Read More »

Olusegun Obasanjo, Photo: Atom Lim Former President Olusegun Obasanjo on Monday warned that African countries might experience an outburst of violence if they fail to address the lingering youth unemployment. He stated this while playing host to the newly appointed President of ECOWAS Commission, Marcel Alain de Souza, who led a four-man delegation to his residence in Abeokuta, the Ogun State capital. Mr. Souza, a Beninoise, was appointed in April.
Post a Comment
Read More »

No link between IS and Boko Haram – U.S

United States officials on Thursday said “there is no evidence that Boko Haram has received significant operational support or financing from Islamic State (IS). An official, who spoke on condition of anonymity in Washington, said more than a year after the
Post a Comment
Read More » 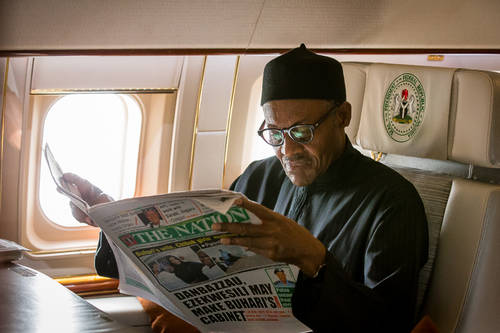 Burahi set for Ecowas Meeting in Senegal President Muhammadu Buhari is scheduled to embark on a one-day trip to Dakar, Senegal for the 49th Extra-Ordinary Summit of the Economic Community of West African States (ECOWAS).
Post a Comment
Read More »
More posts