Showing posts with the label Politcs
Show All 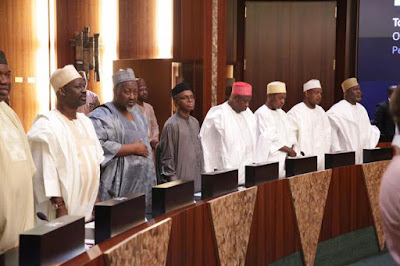 All 36 Nigerian governors have said they will abide by the directive of President Muhammadu Buhari to pay all outstanding salary arrears before Christmas, Premium Times reports. It was gathered that the governors, however, gave a condition to be met for them to comply with the directive.
Post a Comment
Read More »

“I Am A Serious Christian, I Do Not Lie And Can Never Steal” – Nigerian Politician, Doyin Okupe 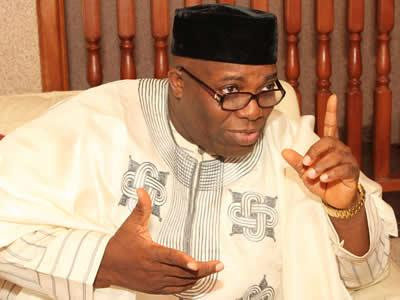 Senior Special Assistant on Public Affairs to former President Goodluck Jonathan of Nigeria, Doyin Okupe, took to micro-blogging website, Twitter, last night while denying claims by the publisher of Sahara Reporters, Omoyele Sowore, that he had a deal with the Federal government to keep quiet in exchange for his freedom. He wrote: "am a serious minded Christian. u don’t need to believe me but the God I serve& worship know who I am. I do not lie & CAN NEVER STEAL." Sahara Reporters in the past claimed that the Politician, Okupe partook in the corruption that happened in the last administration. Nigerians has since continued to react to this tweet. See some reactions below:
Post a Comment
Read More » 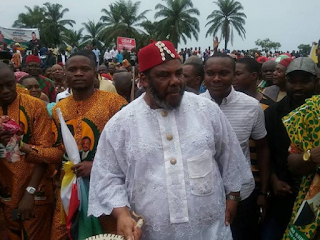 Pete Edochie is a Nigerian actor who considered one of Africa’s most talented actors, by both Movie Awards and Movie Magic’s Africa Magic Cable network. The Nollywood legend arrived in style, during the flagging off of Anambra Cargo and Passenger Airport by the Anambara Sate Governor, Dr. Willie M, Obiano, at Umueri. See more amazing  photos after the cut
Post a Comment
Read More » 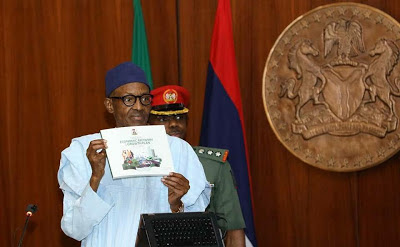 President Buhari today launched the Economic Recovery and Growth Plan (ERGP) 2017-2020. According to the presidency, the Economic recovery plan would help in the furtherance of the current administration's drive to sustain and build on the successes so far recorded in tackling corruption, improving security and re-revamping the economy.
Post a Comment
Read More » 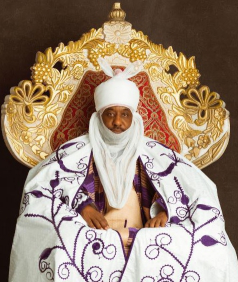 Yesterday, Zamfara state governor, Abdulaziz Yari, said God sent in Meningitis to the country to punish Nigerians who are ‎committing fornication. Emir of Kano, Sanusi Lamido Sanusi shared a post on his Instagram Page saying that the governor’s comment has absolutely no basis in Islam. Read the post Bellow:
Post a Comment
Read More » 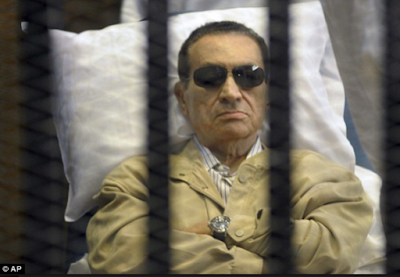 Former Egyptian President Hosni Mubarak has been freed today after serving his jail term following his overthrow during the Arab Spring.
Post a Comment
Read More » 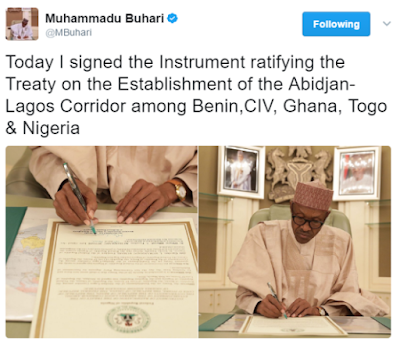 Today, President Buhari signed the instrument of ratification of the treaty on the establishment of the Abidjan-Lagos corridor among the Governments of Republic of Benin, Cote D’ivoire, Ghana, Togo, and Nigeria at the State House Abuja
Post a Comment
Read More »
By Naijainfoshare - March 10, 2017
The president arrived Kaduna International Airport this morning after spending 51 days in London on medical leave.  A lot of people rumoured that the president is dead and his silent has developed a lot of impression that his death rumour is true, but now,  he is back to Nigeria hale and healthy.
Post a Comment
Read More »

‘Osinbajo Remains Acting President As I Continue To Rest’- Buhari 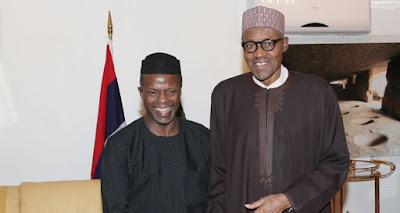 President Muhammadu Buhari has asked Vice-President Yemi Osinbajo to continue in acting capacity while he keeps resting. Buhari returned to the country on Friday morning after a medical vacation in the UK. Shortly after his arrival, he met with top government officials at the first
Post a Comment
Read More »
More posts