Showing posts with the label Rebel
Show All 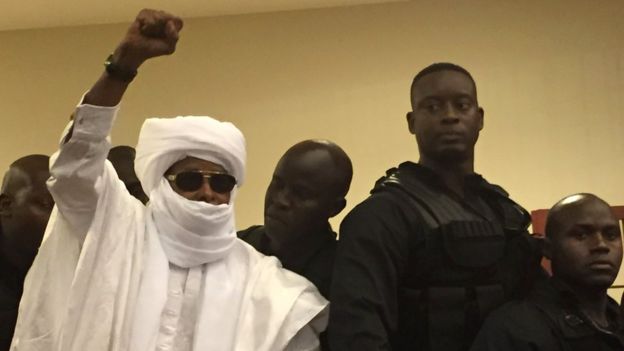 Then Draconian Devil, Hissene Habre of Chad Republic Chad’s ex-ruler Hissene Habre has been convicted of crimes against humanity and sentenced to life in prison at his war crimes trial in Senegal. The judge also convicted him of rape, sexual slavery and ordering killings. It was the first time an African Union-backed court has tried a former ruler for human rights abuses. The prosecutor at the court in Senegal’s capital Dakar requested a life sentence for Habre, who refused to recognise its legitimacy. The ex-president denied accusations that he ordered the killing of 40,000 people during his rule from 1982 to 1990. Mr Habre frequently disrupted proceedings during his trial. He shouted abuse, called the process “a farce”, and had to be carried into the court after refusing to appear. His critics dubbed him “Africa’s Pinochet” because of the atrocities allegedly committed during his rule. Habre was arrested in Senegal, where he was exiled, in 2013. Many of his alleged
Post a Comment
Read More »
More posts