Showing posts with the label T-BOI
Show All 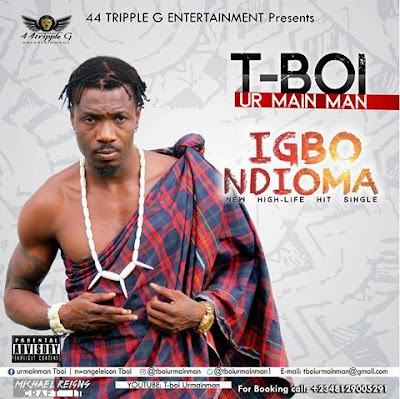 T-boi ur main man is a household name in the entertainment industry. His style of  music  and songwriting ability transcends to the earliest generation of high life music. In course of his musical career, he has released several hit songs. Recently t-boi just released one of the biggest high life song. a track which he used to celebrate the igbo tribe in Nigeria. The track is titled Igbo ndioma. T-boi who recently returned from Europe where he went to keep some playing engagement says that nigerian music has come to stay among the countries of the world where entertainment is big business. he calls on stake holders, individuals and government to support the entertainment industry. Kudos to #dlarge aka #badda aka #obuchukwu and he’s one of the eastern big fish in the realm of music worldwide for his contribution in writing and management both in local Igbo directives and international standard of music. Enjoy! DOWNLOAD
Post a Comment
Read More »
More posts